What used to be an unpopular and limited item has now turned into something that is seen on the shelves in the majority of stores. Shapewear has absolutely taken over, and is being used by many people. Shapewear started with a single pair of spanx shorts; now, it has expanded into garments for every part of the body, in different colors, patterns, and sizes. Shapewear is typically thought of as the perfect undergarment for women. However, this is not necessarily true. Shapewear is now being offered in larger selections to men. It is believed to be the next big thing for men. Bellow you’ll find some of the most popular pieces of shapewear for women versus shapewear for men. Notice that generally, the pieces all have the same central idea, and some are even very similar.

1# Spanx Shorts for Women vs Spanx Underwear for Men 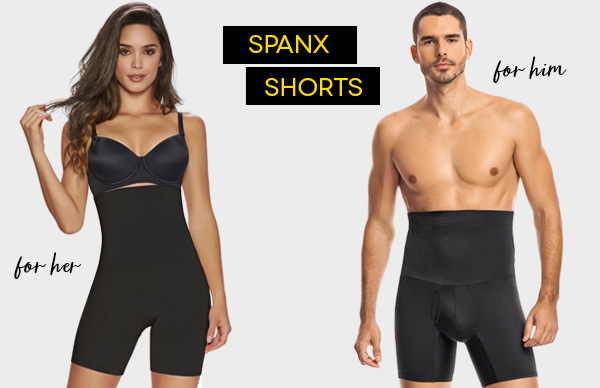 2# Waist Cincher for Women vs Belly Buster for Men

Waist Cincher is specifically designed to help with love handles at the hips. It will make the waist and hips appear leaner. It also helps to provide some support to the back.
Belly Buster is one of the most popular pieces for men, as they tend to carry most of their weight in the stomach area. It works to suck in the extra fat in the belly area, making the belly appear leaner. It will also provide support to the back area. Our recommendation: her, him 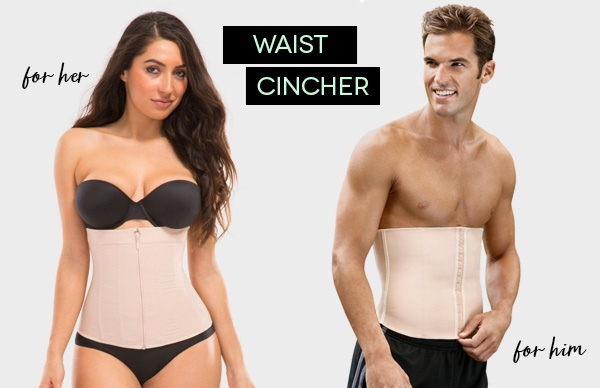 4# Camisole for Women vs Compression Tank/T-shirt for Men 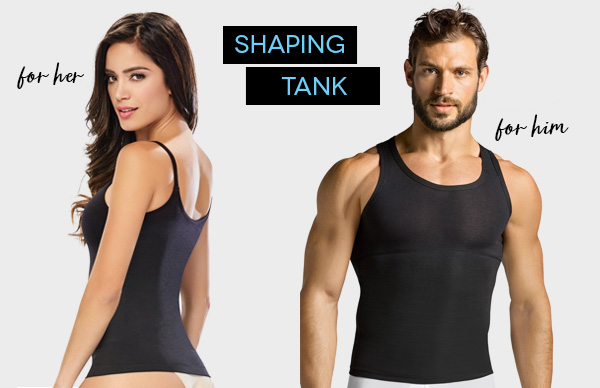 These bullets touch on only some of the popular styles of shapewear for both men and women. In addition to the ones listed here, there are so many more pieces available for different purposes.